No such thing as a bad camera? - and a few more from the tulip fields

April 23, 2012  •  Leave a Comment
Summer has come early to Oregon. We've had beautfiul 80+ degree weather over the weekend which is pretty unusual for April. I haven't quite had to break out the air conditioner yet, but its getting close.

Naturally, we've been outside as much as possible. Which meant we were out walking during the stunning sunset we had Saturday night. At the start of our walk, I'd asked Amy if we should run back to grab a camera (one of the big ones) but neither of us felt like it so we headed out. That was a mistake, because about 1/4 of a mile down the road we were out in beautiful fields with the setting sun highlighting the clouds, and nothing but the camera on my phone to shoot with! DISASTER, or so I thought.

Having had digital SLR cameras for the last eight years, I am admittedly biased against cellphone cameras. Generally speaking, they take ugly, pixelated pictures. And up until Titus was born, I never really used mine for anything other than quick little snapshots. In my mind, cameras in phones are still back at the same level they were when they first launched over a decade ago. So, to me, they don't perform well enough for me to want to use them in any serious or creative photography.

But, necessity being the mother of all invention, I couldn't let the sunset go without at least trying to get a cool image. So out came the camera phone, at Amy's suggestion. And in the process of shooting the sunset, I have revised my negative opinion about camera phones. They are no longer "pointless" for serious photography :-).

One of the most limiting factors about most current camera phones is their low pixel count, and this was my biggest concern when trying to capture our sunset Saturday. Our 5d MkII SLR is 22mp, where as my phone is only 5mp, and that (along with many other factors) makes a big difference in the kind of results you get. Trying to think of a way to overcome this limitation, and having recently spent quite a bit of time with GigaPan's Stitch software, I wondered if I could handhold the phone steady enough to get images that the progrom could stitch together when we got home. This would mean I could get an image that would be much higher resolution, and give me greater opportunities in the digital darkroom, and allow me to capture more of the scene in front of me (when camera phones can shoot in RAW it will be awesome!). Holding my phone vertically, and setting it to scenic, I took a series of about 6 pictures in a couple locations. Then, at home, I put them together using Stitch, and then exported them to Photoshop for refinement, contrast, and reducing the noise in the image that is such a factor for camera phones. Here's the results I was able to get:

This process got me thinking, is there such a thing as a "bad" camera? Or is it just the limits of our creativity and determination that limit the images we're able to capture? More and more, I think great photographers will take interesting and dramatic photos, no matter what they're shooting with. That being said, I'm sticking with my DSLRs and next time, I'm running back to the house to grab one :-).
So what do you think? Is there such a thing as a bad camera? What piece of equipment do you find limiting, and have you figured out how to make in work creatively despite its weaknesses? Will camera phones at some point be the only picture taking device we need?
Leave a comment and share your thoughts, and don't forget to subscribe!
Also want to share a few more pictures from the tulip fields. Hope "summer" is being as good to you as it is to us! 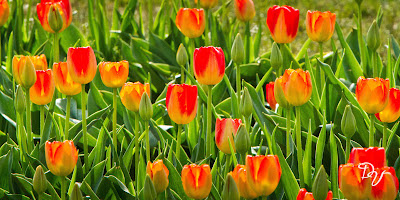 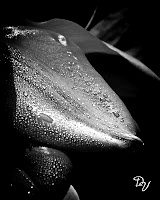 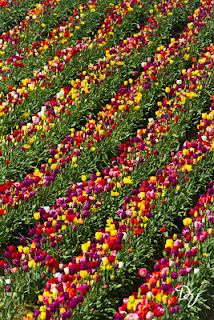 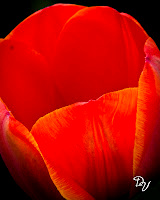 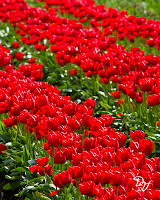